As a first generation Vietnamese-American, I was born with unlimited expectations. I needed to respect my parents without any questions, maintain excellent grades, cease any friendship formations, receive admittance into the best university near home, sustain an appearance of simplistic beauty, obtain a doctorate in medicine, and marry into another Vietnamese family. The idea of expectations allows for certain conversations to be dismissed. For instance, feelings against any of the expectations lead to disrespect on my part, which quickly escalated into discipline. Negative emotions of a bad day portrayed weakness. A consideration for a separate career field entitled giving up. All sexual conversations indicated that I was participating and immediately labeled you as ‘bad’ or tainted’. As I grew up, I clearly remember only being told what to do, rather than being asked on what it is I wanted.

My childhood was strict and tough, but not the worst. I survived and pursued by gaining admittance into the University of Florida. It was not too far from my parents’ home and ranked high enough for their approval. Although it was a happy moment for my parents, college was also my key to independence and discovering myself.

As optimistic and excited I was, I realized I lived such a sheltered life. The idea of absence, in terms of conversation, placed me in multiple dangerous situations. All I did was stay home and study. After enrolling into college, I had a difficult time balancing my school work, a social life, and my own self-care. I took science classes I was terrible at and hated. I felt that everyone around me was excelling and I was left struggling. My parents were not bad people, but I never felt comfortable talking to them about my emotions. It was always met with backlash and disappointment. I had an intense desire to do well and push to become a medical doctor. In addition to the weight of my expectations, my education was only funded by loans. My parents were not able to afford to help me, but felt that if I studied hard enough, the finances would fix itself. I felt that I was battling all of my issues on my own. I was alone.

Fueled by multiple stressors, I reached burn out by my Sophomore year. I remember knocking on the door of my best friend (who was also my roommate at the time). I ugly cried for hours. I remember trying to convince her that the only viable answer to my problems was to commit suicide. At least with me gone, my parents would not have to worry and I would not be overwhelmed with loans. She stayed by my side for days and we made a plan to take easier electives and recharge for the next semester.

I did a lot of reflecting during that summer semester. I was also trying therapy for the first time on my own, but it ultimately did not work out. The therapist was a causcaion man who simply could not fathom the cultural basis and immediately identified my parents to be at fault. Though this particular therapist did not help, I did discover an interest in Psychology. I wanted to try and explore more options. I made a deal to take a few more classes in psychology before I pushed myself to continue pursuing the medical field. I ended up taking the class of Psychology of Sex. It changed my life. A passion to learn more about the subject was ignited in me. I researched more tools and ultimately decided to never look back and focused on becoming a sex therapist.

The idea of becoming a sex therapist spoke to me because I felt it was the best way to make a difference. There are multiple factors on the parallel of sexuality and multicultural norms. A clear example was present in my own life. The lack of conversation around sexuality allowed for people to take advantage of my lack of understanding in this concept. I was never encouraged to say ‘no’ and I was never told I had a voice. All I knew was that if I talked about rape, I would no longer be seen as pure, only tainted. Questions of “What did you do?” or “What were you wearing” would soon follow next.

As an individual who mainly feels emotions of sadness or happiness, the foreign sensation of anger consumed me. How many other diverse women are kept from being in control of their bodies simply because the subject was too ‘taboo’ to talk about? How many other women can’t look at themselves because they feel used or anxious toward victim blaming? Why do women have to choose between their own reputation and mental health. How many other situations were avoidable just by allowing them a safe space to talk?

Cultural women are highly fetishized on a regular basis. The idea that they are sexual objects are normalized; but the control and independency of their own bodies are not. Women of Asian descent, in particular, are taught to remain submissive and understanding to the opposite sex, which can easily lead to them feeling manipulated. At the same time, they were never taught to say no or be able to talk about their feelings…

I can listen. I can validate. I can hear you. Everyone has a talent or a superpower, but I know that my abilities to empathize are prevalent. I want to make that difference and provide that safe space. I need to. As an asian woman, it was hard for me to talk about this situation to anyone who was not diverse themselves or identified as a woman. Therefore, I can provide that natural comfort of being a multicultural woman who simply understands to other people. These thoughts are more achievable through the goal of becoming a sex therapist.

Though the epiphany was nice to have, the decision to become a sex therapist was not an easy option. I continue to face multiple cynical thoughts and judgmental comments from society. Why would you ever choose that? I specifically remember one of my previous boyfriends even sarcastically commenting that my job is just as bad ‘as being a stripper’. (Though I strongly respect all sex workers including strippers!). Shortly after, I realized the importance in surrounding myself with individuals who see the world in a similar perspective.

I consistently questioned my decision. Is this what you really want? Everytime I asked, I thought about the countless victims who continue to repress certain memories or certain moments. The only way they know how to survive is by repressing parts of their life. I think about the 18 year-old-me who felt that I had to lie about my virginity. Was it worth it? Was talking about it really worth it?

Time passed. I now have my Bachelors of Science in Psychology (4-years) , a Master’s of Science in Marriage and Family Therapy (3 years), and am continuing to pursue a Doctorate of Philosphy in Human Sexuality- Sex therapy (starting this upcoming year). The days of facing those surprised facial expressions are met with my confident tone. My family is continuing to try and accept that the Doctor I am choosing to be, is not quite what they expected. I may not have achieved a multitude of expectations they put out for me, but I feel successful. With the help of my chosen friends and sweet supportive boyfriend, I remain resilient. As days pass, I continue to keep encouraging friends, strangers, and even my family to talk about it, despite the possible pain. 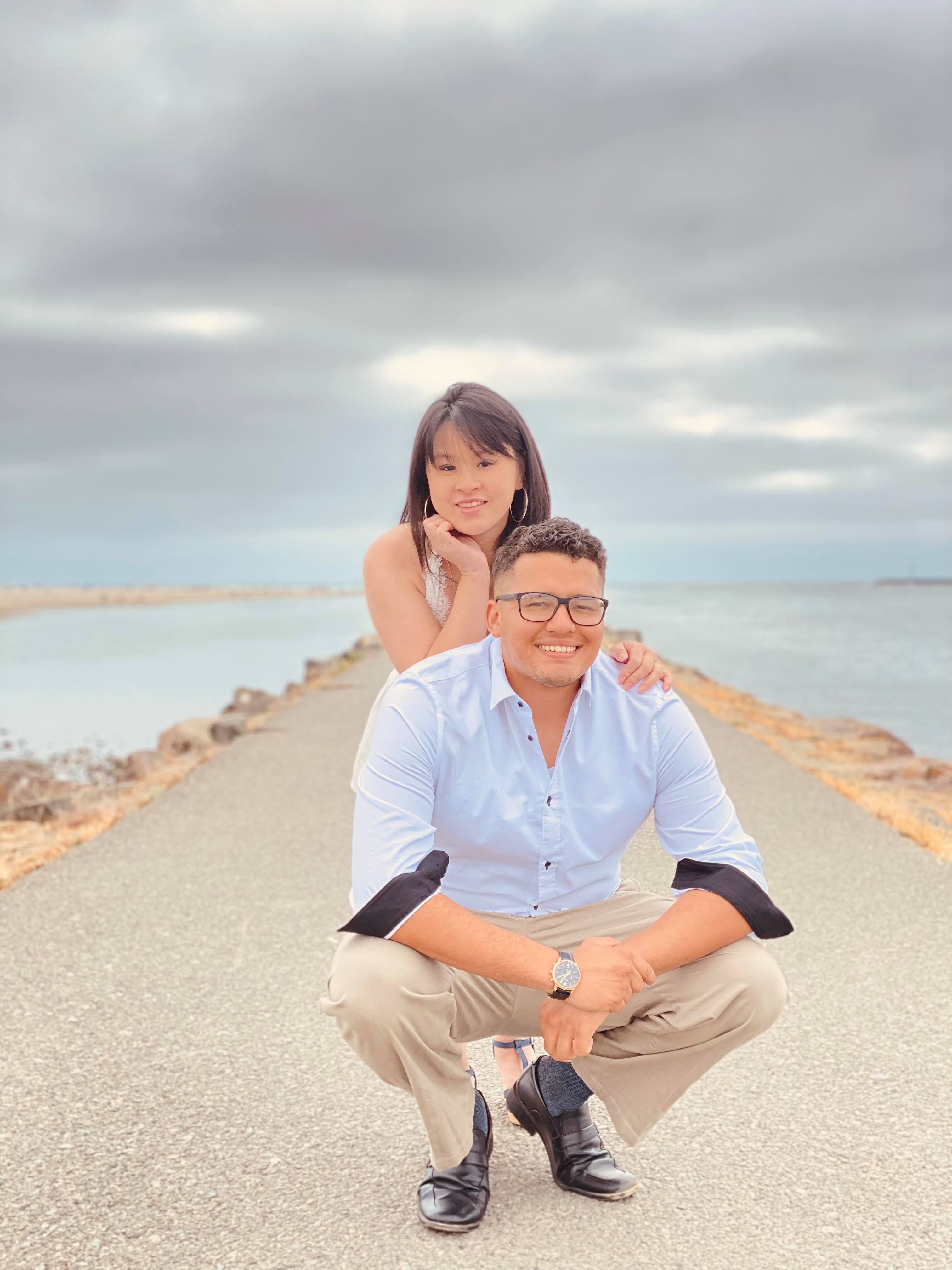 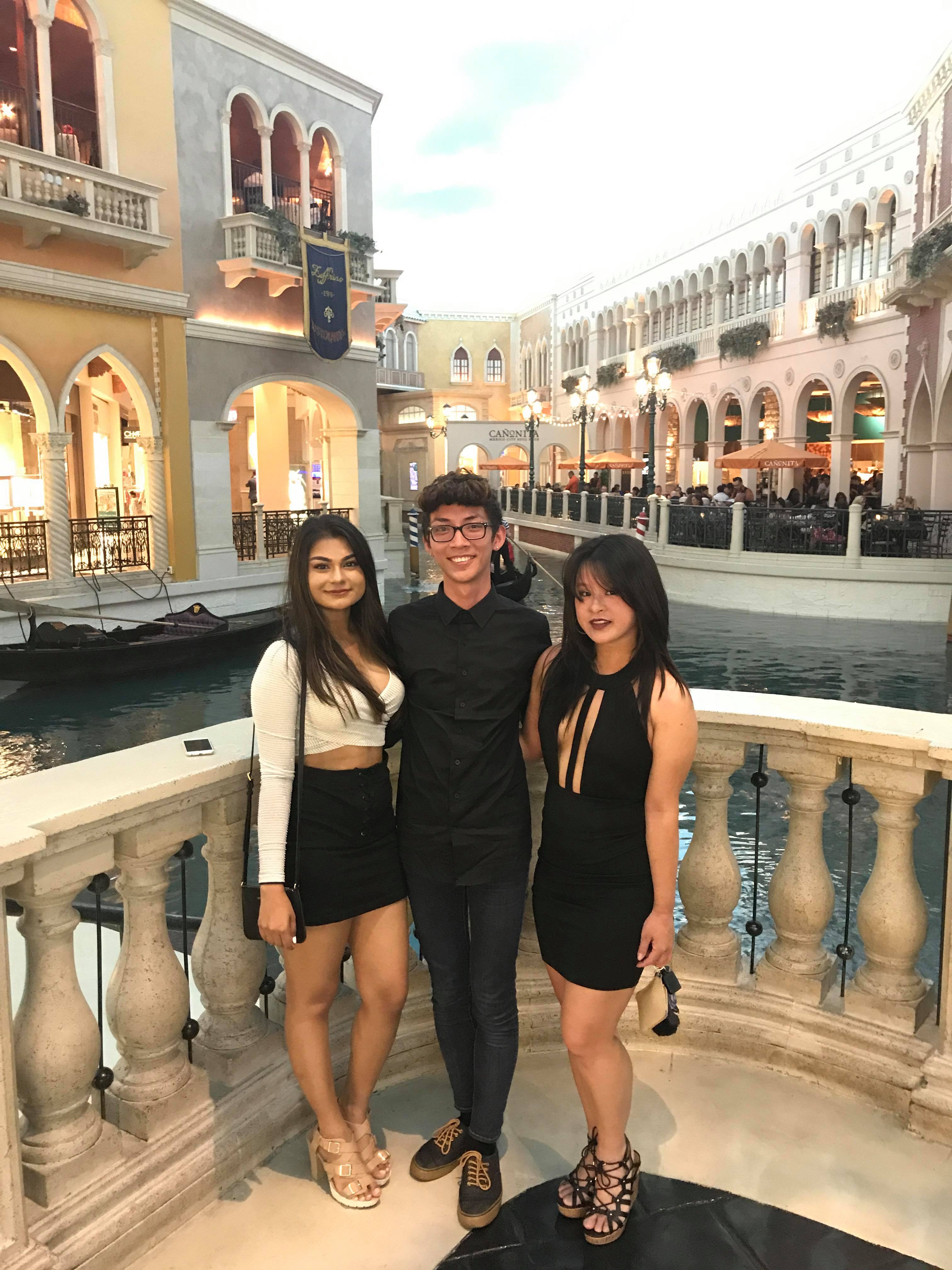