When I first started seeking therapy for my eating disorder, my therapist asked how many times I binged and purged, I said, “I dunno, three or four times a week?”

Really? I thought that bingeing and purging at all wasn’t healthy? But, I didn’t have the words to challenge her authority, so after another session or two, I just stopped going.

By the time I discovered bulimia (from an after school special actually warning against such behaviors, though my only takeaway was, “Holy crap, you can eat and throw up and not get fat?"), I had already been starving myself for six months.

Saturday Chinese School was only a couple of miles away from my house, so instead of riding in the car with my mother and three younger siblings, I ran.

My Chinese School teacher, a mom just like my own mother who was a teacher at the same school, pulled me aside one day.

I was surprised. My teacher was asking me about something other than whether I wrote my Mandarin homework? We didn’t talk about things like this. We saved face. My mother hadn’t even asked if I was okay — and she saw me every day.

But the teacher must’ve seen my now size 0 frame, and realized that I needed help. I shrugged it off.

I had never struggled with weight throughout my 17 years up until that point, but then I started using it as a control mechanism when everything else in my life was so utterly out of my hands: my parents were fighting incessantly with one another and then having me mediate; they expected me to help raise my three younger siblings, so I’d pack their lunches every day – theirs filling to the brim so you couldn’t fold the paper lunch bags at the top, while mine held a slice of bread and an apple – and bathing them every night; I needed to achieve perfect grades at an exceptionally competitive high school; and still I was being told day after day that I was worthless.

That I wasn’t good enough.

I would end up running from myself, from my family of origin and all the chaos in my parents’ marriage and their immigrant expectations that I lead my three younger siblings along, advocate for their care, become the mini-parent before my brain had fully developed, all the way to the other side of the world. To this day, my two youngest brothers see my sister as a sister and they see me as a parental figure, so they don’t invite me to things, they don’t talk to me. That still breaks my heart.

I became an editor at a leading expat magazine in Shanghai, China.

And, I realized that my body was beginning to fall apart. That I had literally run all the way to the other side of the world, but there I still was.

I returned back to Los Angeles, entered into an intensive outpatient program (IOP) I found on the internet, and the Universe, in all of her humor, helped me find a full-time job right around the corner from my eating disorder program… What was the job? Writing about weight-loss for Herbalife.

During the day, all day long, I would write about products for one of the largest weight-loss companies in the world. The kitchen was stocked with weight-loss shakes and supplements. I had to interview multi-level marketing distributors who were my age, who were living the lives I wanted to have with the money, the cars, the marriage, the kids… and meanwhile, I was just struggling to survive.

For four days a week, after work, I rushed around the corner to my program. I was the only Asian person in group therapy, art therapy, yoga therapy, nutritional therapy. My private 1:1 therapist was a tiny, petite blonde woman who looked overwhelmed by the fact that she needed hours to become a fully licensed professional.

I would listen to everyone else in the group. I would offer support and insights. I would always rally for everyone else until one week, when I put off a project I’d been assigned to interview dozens of distributors for a corporate magazine article feature, so I had to spend two days calling people and hearing their life success stories back-to-back.

I came to therapy that afternoon, opened my mouth, and began to bawl.

The whole room stopped what they were doing. I had been in the program almost a year and no one had ever seen me shed so much as a tear. I wore it as a badge of courage.

Now, I couldn’t catch my breath.

Eventually, I would leave the program. I would keep going to 1:1 sessions. I would become a yoga teacher, a Reiki practitioner, a travel writer, and continue to pursue my passions by finding my own path towards happiness — aside from what I was taught was important growing up. I even became a published writer with an upcoming book through Simon & Schuster.

I’d heal from my anxiety, my depression, and then seek support once again after I had my daughter when I was suffering from postpartum suicidal ideation that didn’t peak until she was almost two years old, as well as when I was getting a divorce from a narcissist husband.

Being human is hard. I recently interviewed an Asian American sexual somatic healer on my podcast, Fck Saving Face, where we talked about how if Asian parents really wanted their children to thrive, they would be more gentle, create a safer environment for our parasympathetic nervous systems to thrive, and also be more tactile. As humans, we can only learn and retain information when we feel safe rather than in the fight-or-flight stage, and we need touch to feel connected. It’s what I’m aiming to do with my half-Chinese, half-white daughter now who’s six, to parent her differently. To untiger the parenting models I experienced.

Along the way, I’m learning to reparent myself…

I’ve always believed that “hurt people hurt people,” because I’ve been on the receiving end of that pattern. I have compassion for my parents who struggled through so much, and whose parents in turn also struggled.

I didn’t get here easily. I still have days where I throw up my hands in frustration. But ultimately, this entire journey has made me who I am today and frankly, I like that woman more and more with each unfolding of life.

All of this is to say that if you need help, I hope you get it. I hope you know you’re not alone. As a writer, I often say that “Life may not always be pretty, but it is indeed beautiful. You can make your story beautiful today.”

Here’s to Asian American mental health and speaking up when we’ve been quiet for so long. 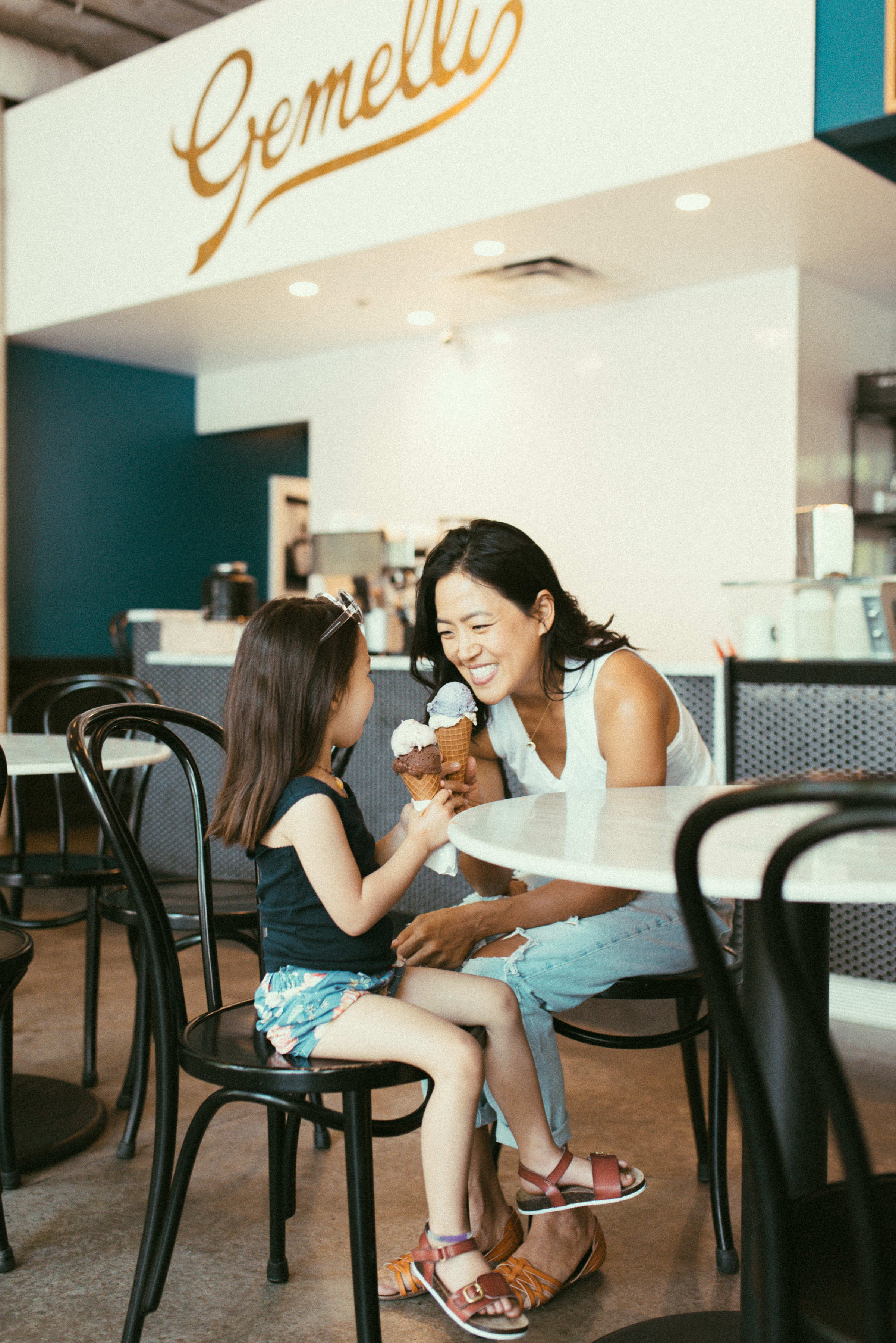 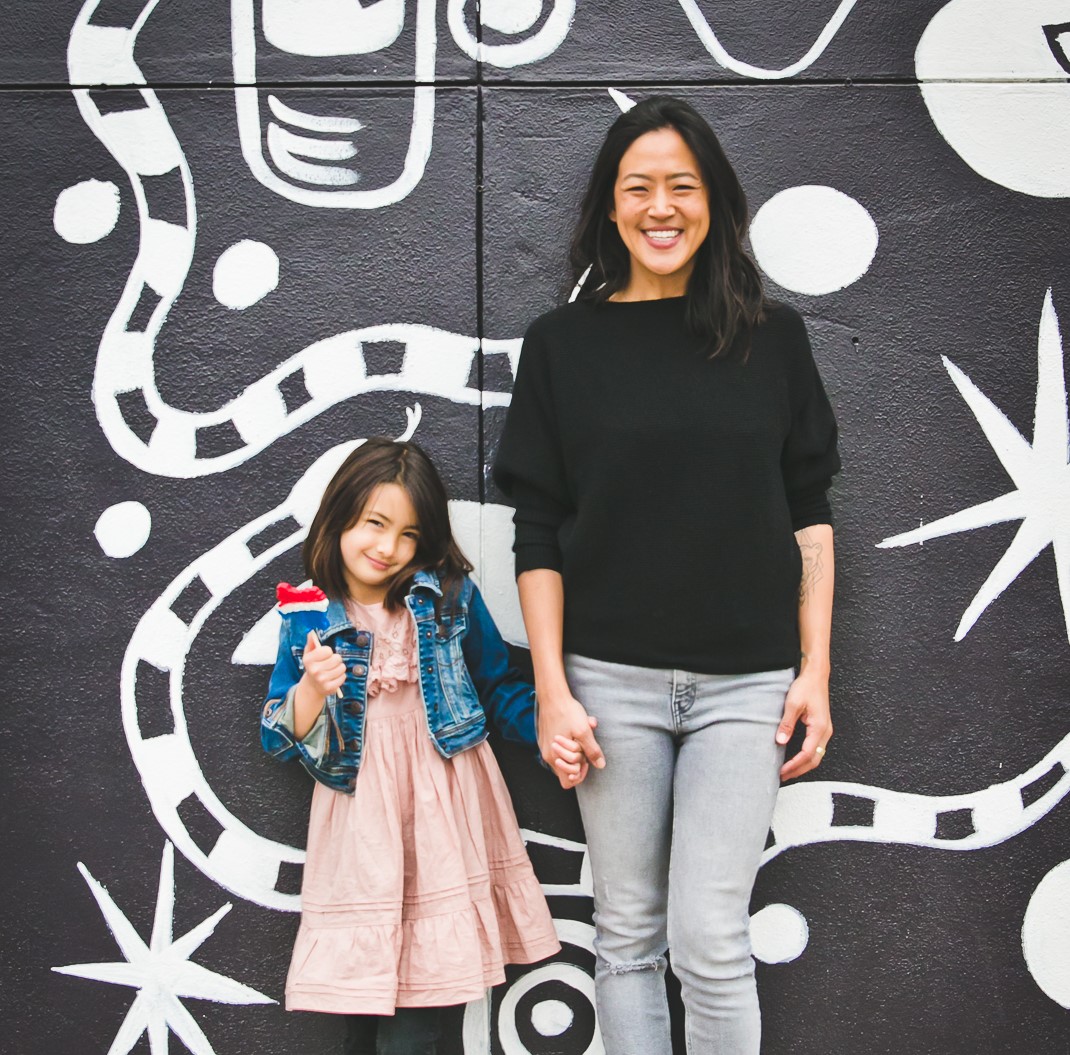