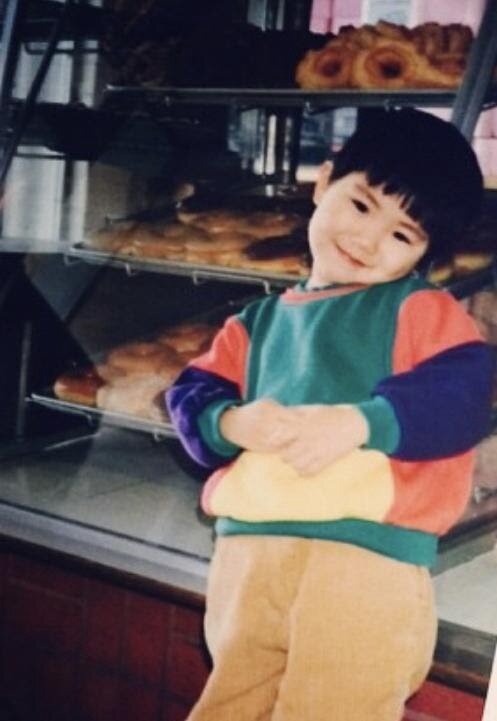 I had my first direct encounter with the law at age 10.

Over summer break, I was running around the family donut shop — carrying large stacks of pink boxes — when a city official entered the store. The man’s one-sided conversation left my parents in ominous silence. After his departure, I glanced at the sizable stack of documents that he left for my parents to comb through. My adolescent instincts led me to conclude that the single-spaced, imageless documents indicated a serious adult issue. But when my father pried his head away from the pages and locked eyes with me, I knew that the issue was, in fact, me.

The words popped off the page. Anxiety ballooned inside me as I mouthed each word, not fully comprehending the complete phrase. Soon I witnessed my mother in distress over the possibility of Child Services intervening, while my father fumed in frustration over a state fine higher than the shop’s monthly rent. Our family would be penalized for our wealth disparity. My parents could not afford childcare for me, other than to provide it themselves, nor were they able to hire on additional staff during the morning rush-hour crowd. On top of it all, there was the unspoken tension that this child labor violation served as a legal signifier from the state that my parents had failed at parenting, solely because I was spotted on the wrong side of the bar counter.

I existed in a bubble. I was not exposed to childcare outside of my parents at the donut shop. I could not comprehend the idea of having “chores” limited to the domestic sphere of the household. What difference did it make if I took the trash out at home or the donut shop? What was the difference between washing my cereal bowl at home versus washing a coffee mug at the donut shop? I prided myself on my responsibilities and work ethic, just like my father who woke up every day at 1:00 AM to bake hundreds of donuts and my mother at 4:00 AM to brew coffee and open the store. It felt normal.

Our donut shop, Best Donut, was located in the very middle of a five-storefront strip mall off Washington Street in Santa Clara, California. We were surrounded by people who looked and felt like us. To our left was Kiraku (a mom and pop Japanese restaurant) and Hiroko’s Salon (originally a hair salon by a Japanese couple, later a Vietnamese nail salon named KD Hair). To our right, was Middle East Foods (a small grocery store ran by a Syrian family, later an Ethiopian family), followed by Crystal Cleaners (a dry cleaners ran by a Vietnamese couple), and at the very end, the life of the plaza, Normandy Bar (a dive bar owned and operated by an Army veteran). I grew up getting all my haircuts from Violet at Hiroko’s — she shared beautiful stories of her Assyrian cuisine and cultural traditions. I learned from Violet what it meant to be from an ethnic group of a stateless nation, which allowed me to better connect with my Hmong family friends. Violet also gave me the cleanest looking bowl cut — at the request of my dear mother.

I watched all these families work tirelessly on their own, but especially together. Sometimes the folks at Kiraku would drop off salmon teriyaki and shrimp tempura for my family because they knew we were too busy to make lunch.

My father would help with a leaking pipe at the Middle East Food grocery store, or my mom would watch their store briefly when the owner had to run out to a doctor’s appointment. And all the children of the plaza helped out. Both the sons of Hiroko’s salon — at the time one was in medical school at Stanford and another was working at a start-up called Google — would come in the late afternoon to help sweep and tidy up their store. Kiraku’s daughter, who started her own small business, would come in every Friday and Saturday nights to waitress tables with her mother and cook with her father. And I had an array of responsibilities myself from brooming to cleaning the tables to restocking the refrigerator. But most important were the pink boxes. I was in charge of folding the pink donut boxes and would crank out one, two, and three dozen donut boxes in seconds, never letting our behind-the-counter supplies dip below five boxes.

The donut shop was not just a business, but an extension of the home my parents built for me. We were a community of small businesses trying our best to support one another, the best way we knew how. As a result, my family received assistance from our neighbors and several customers to petition the alleged charges and explain to the authorities that I was not working against my will, or in hazardous conditions, or missing school. With resilience and fortitude, my parents and I navigated the entanglement that is the natural state of bureaucratic institutions, and ultimately got the child labor violations dropped. While I was relieved at the results, I learned a lot about others’ implicit biases and how not knowing the full story can hurt the lives of others. What did a customer report to the authorities exactly? Was it because my mom disciplined me by refusing to allow me to drink soda for breakfast, or eat candy bars to my heart’s content? Or scolded me for roller skating behind the counter and knocking over a tray of apple fritters? Or berated me for playing Jenga with chocolate old-fashioned and sprinkle cake donuts stacked three feet high? Were these normal childhood games ending in quarrels with my parents the child labor violations?

The donut shop was not just a business, but an extension of the home my parents built for me.

Growing into my teenage years and young adulthood, I became weary of what was considered “normal” in society, because it did not fit with my personal experiences or view of the world from inside the donut shop. I was on the lookout for additional bubbles in need of bursting. Perhaps this was a formative transition, like yeast rising inside me to shape myself and discover the unthinkable. Or perhaps this challenging the status quo was the impact of intergenerational trauma, the pressure cracks erupting onto a smooth doughy surface and hot oil seeping through, as the distrust of institutions and authorities boiled inside me, reaching its smoke point.

My fondest pastime was racing my friends to see who could fold the most pink cardboard sheets into donut boxes, because I had the upper hand. As I folded hundreds of pink boxes, I often pondered what “normal” is and who constructs the narrative. Normal is nothing more than a race of who speaks the loudest and writes the most stories. After enduring multiple paper cuts from the pink boxes over the years, I concluded that the opposite of normal is “resistance.” Resistance is the quieter and often erased stories of people and families’ lived experiences. To resist could be as simple as to exist.

“Normal” is speaking English with no accent at all. Resistance is a Vietnamese Chinese auntie born in Hội An, immigrating to San Jose due to the Resistance War Against America (aka Vietnam War), now working in an Asian supermarket speaking “broken” English. Resistance is the unacknowledged truth at face value: that English is the auntie’s sixth language behind Vietnamese, Cantonese, Teochew, Hokkien, and Mandarin.

Normal is measuring the success of a business by quarterly profits, equity, franchising, or going public. Resistance tells a tale of small immigrant-owned businesses succeeding through camaraderie and borderless community building among the diaspora. Resistance is the Cambodian refugee baker working at three different donut shops to send remittances to the motherland so his relatives can start a business of their own.

Sometimes when I return home to the donut shop, I automatically sit by the bar counter and begin folding pink boxes. My mother walks over with a plate of sliced watermelon and humors herself, “That’s not normal.” She talks about someone “with a master’s degree working in corporate law in New York City folding cardboard boxes at a simple donut shop.”

Like many small businesses, Best Donuts was heavily affected by COVID-19 and California’s stay-at-home orders and mandates. Fortunately, the greater Bay Area community came together to aid and support our mom & pop donut shop, fundraising over $7,000. After closing our doors in mid-March, Best Donuts was able to reopen after Labor Day weekend providing take-out services 7 days a week for our community. Now, in return, we are giving back to our community by launching our DONUT GIVE UP INITIATIVE, where we are partnering with local hospitals and medical centers to provide donut donations to Bay Area frontline healthcare workers. Please see below details of how you can support. Thank you all!

This piece was originally published on Medium by Pink Box Stories, which shares stories of the Cambodian families behind California’s donut shops. You can follow Emily on Medium @em.taing.