When I was really young, I didn’t realize that my mom looked different than her siblings. She was born and raised in Vietnam, but she has fair white skin, freckles, deep set eyes, and very curly hair. When I was old enough to understand, she had told me she was fathered by an American in Vietnam during the Vietnam War in 1967, which made her half Caucasian (and myself a quarter). Growing up, she never knew who her biological father was, and her mother (my grandmother) never spoke about it.

My mother had always been curious about who her father was, but there were no documentation or any resources available to her at the time that would help her find her father. Life as a half American and half Vietnamese child (other known as “Amerasian”) in Vietnam during this time was not only hard for my mother, but my mother’s family as well. They were already poor to begin with, and the racial prejudice they experienced was extremely traumatizing and took an emotional toll. My mother recalls kids bullying her, calling her names, such as “mixed-breed,” and feeling different than all of her classmates. Many Vietnamese people also looked down on my mother’s family because my grandmother gave birth to an Amerasian child. Still to this day it is hard for me to imagine the hardships she went through and it breaks my heart knowing she experienced racial discrimination. But all these hardships made my mother into the strong, independent woman she is today.

In 1988, an Act of Congress was passed called “The Amerasian Homecoming Act” which allowed Amerasian children and their immediate relatives living in Vietnam to be granted preferential immigration status to the U.S. and receive refugee benefits. My mother was one of the 23,000 of these children allowed to entered the United States under this act and her whole family followed shortly after. They resettled in California and this is where she has lived since arriving to the United States, and where I was born and raised.

Two years ago, I gifted my mother a 23andme DNA kit. At this point in her life she was doubtful about finding her father, but she just wanted to know about her ancestry and roots. The results for the kit came back a few weeks later, and we found she was exactly 50% Vietnamese and 50% European descent. Learning about her roots had filled the hole in her heart that had been missing for years, and this was enough for her.

Here’s where the story gets crazy and awesome! Earlier this year, while in class, I get an email notification from 23andme (I run my mother’s account since she’s not so good with technology), and the message is from a lady currently living in North Carolina and it read, “23andme says you are my niece. Where are you living now?”

23andme predicted that this woman was my mother’s aunt, with 26.1% shared DNA between them. I was dumbfounded and shocked. I remember feeling my heart drop, and wondering if I should step out of my class to call my mother at that very second and let her know the news shes been waiting for her whole life. We found that this woman’s brother was in the Green Beret and stationed in Vietnam at the time my mother was born in 1967, so it was without a doubt her father. Photos were exchanged as well and even my grandmother confirmed that this man was my mother’s father. Unfortunately, he is no longer here with us today and my mother never had the opportunity to meet her father, but after many emails and text messages later, in July of this year we flew out to North Carolina to meet my mother’s family. It was one of the most surreal moments in me and my mother’s life and I was so happy for her to finally find the other half she’s been missing for all these years.

Pictured below is my mother with her two aunts, which are her father’s two older sisters. 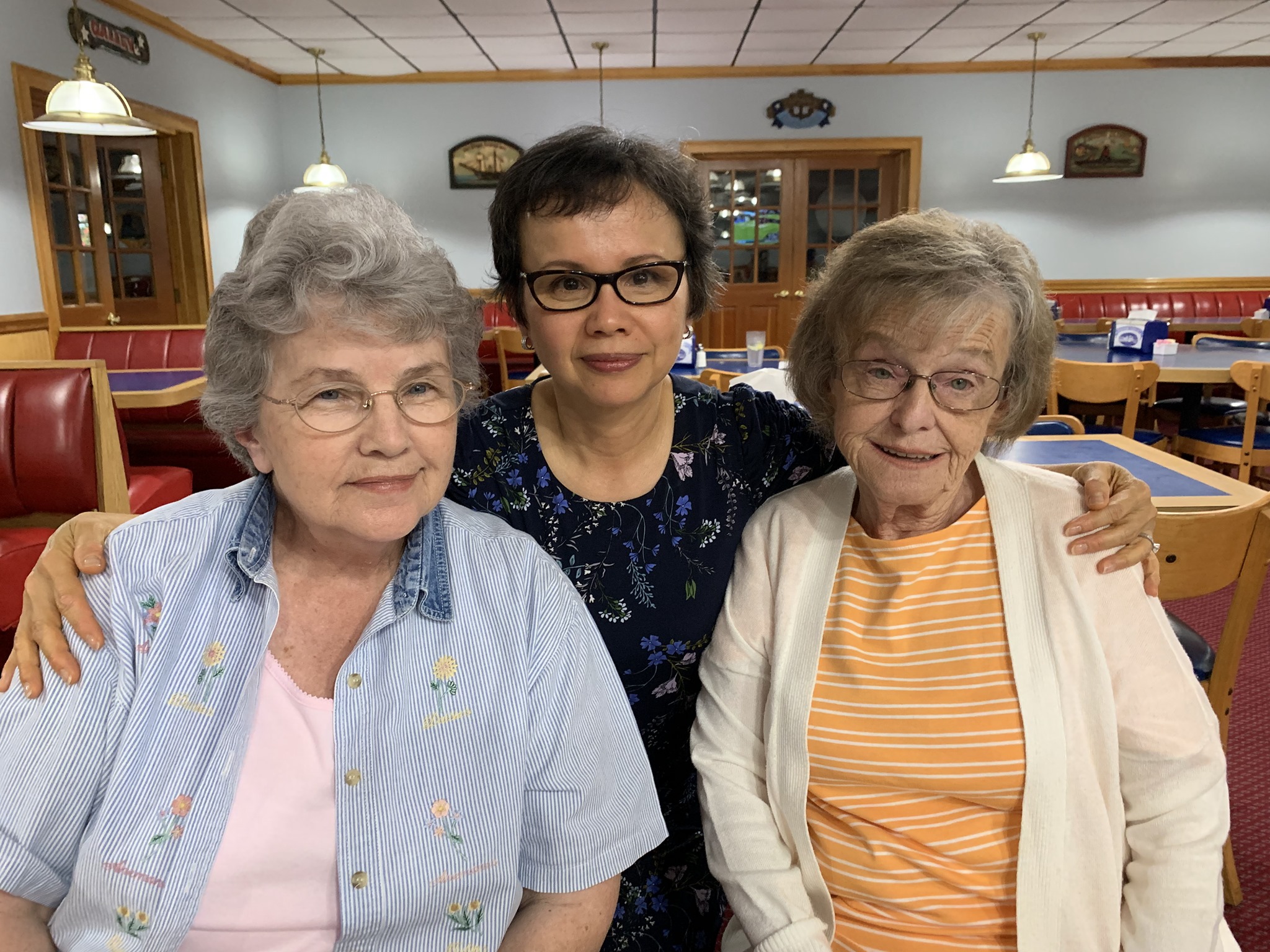